The acclaimed American ar.st Leo Villareal (b. 1967 Albuquerque, New Mexico), a pioneer of LED light sculpture, creates intricate light installa.ons for both gallery and public seIngs. He came to interna.onal prominence through his project, The Bay Lights, which illuminated the San Francisco- Oakland Bay Bridge in 2013. Ini.ally conceived as a two-year display, the popularity of The Bay Lights led it to be transformed into a permanent installa.on, now an iconic visual element of the San Francisco’s landscape. He focuses on iden.fying the governing structures of systems, and is interested in base units such as pixels and binary code. His installa.ons use custom, ar.st-created code, which constantly changes the frequency, intensity, and paXerning of lights through sequencing. 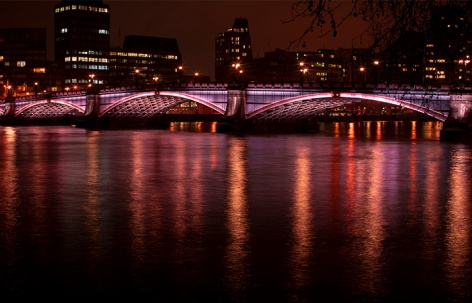